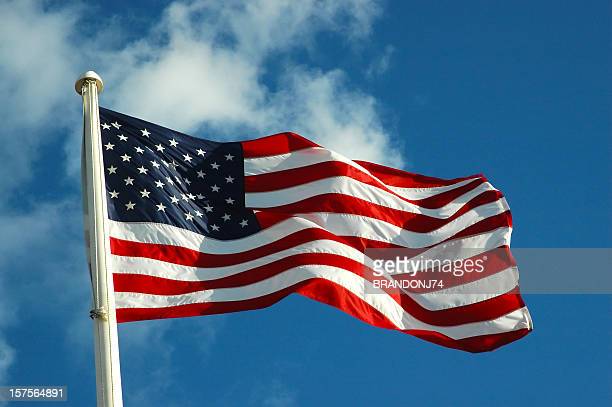 When you learn something, neurons in your brain fire and form new connections. These physical connections, or representations of you learning something, are called engrams. Engrams are not just a singular connection between two neurons, rather, it is a complex network of neurons that all fire collectively (Whitaker and Hope, 2018). For example, envision the American flag: red, white, and blue with stars and stripes. Maybe you also hear the national anthem or stories of Independence day. Or maybe you remember posting the colors and folding the flag during grade school. This singular image connected us to visual memories (the flag itself) but also auditory memories and possibly memories that we had forgotten about. This is the power of neural circuitry! Our brain links things together in order to strengthen our memories. And once these memories are stored in our long-term memory storehouse, it is permanent!

Well, there are many ways that we learn something. One major way is through conditioning, which involves the presence of stimuli and responses. Pavlov is the psychologist who founded the concept of classical conditioning when he discovered a dog would salivate in response to his dinner bell ringing—even when his dog food was not present (Mcleod, 1970). It was natural for the dog to salivate at his food, but unnatural (learned) for the dog to salivate to a bell without his food present. Another form of learning is called operant conditioning, and this is where we learn a behavior based on the rewards or punishments we receive—this is utilized in schools to promote certain behaviors in students (Cherry, 2020). Kids may learn that when they are quiet during class, they will receive a sticker for good behavior—this is called positive reinforcement because the kids received a reward to promote a certain behavior. Parents may become “trained” by their own kids, who scream or throw a temper tantrum in order to get candy. The kids scream so that their parents will give in to their demands in order to make them quiet down —this is called negative reinforcement because a negative stimulus (i.e., the screaming) was removed/stopped when the parents performed a certain behavior (gave the child candy). Addiction works this same way.

First, the person learns to associate a particular substance with a feeling of pleasure or relief. This is due to the release of dopamine in the nucleus acumbens or the reward center of your brain. Dopamine is a neurotransmitter involved in motivation, learned rewards, and movement (think Parkinson’s disease). When a dopamatergic neuron fires in response to a stimuli, dopamine is released into the synapse and lands on different types of dopamine receptors, which tell subsequent cells to propagate this signal. Dopamine receptor 1 is a specific type of dopamine receptor that is necessary for someone to feel the rewarding effects of drugs and for triggering conditioned responses. Conditioned stimuli or cues associated with the reward (acquiring the drug, environment, etc.) trigger dopamine cell firing and the activation of D1 receptors (Koob and Volkow, 2010). Continued activation of this pathway or neural loop strengthens these neuronal connections and allows for faster and more efficient firing in the future—this creates a stronger motivation to use the drug in the future.

Next, the person learns that by taking a particular substance, they alleviate feelings of stress or discomfort—whether this is stress built up at the end of a work week or a constant feeling of stress that they are feeling. And the substance or additive stimuli can include caffeine, Xanax, marijuana, alcohol, chocolate, gambling, sex, and many other things. This is essentially the application of negative reinforcement because the person is using a substance in order to remove or stop a feeling of discomfort. Withdrawal-induced use is the same because a person will continue to use their drug-of-choice in order to alleviate the awful physical symptoms of withdrawal.

This pattern of substance use strengthens this addiction circuit in the brain—addiction physically alters the structure of your brain!–and develops over the span of months and/or years, which is why it is difficult and time consuming to treat addictions. With time, medication that blocks or helps with cravings and compulsions to use (both caused by the firing of this neural circuit), and cognitive behavioral therapy, one can begin to rewire the brain and form stronger, healthier reward pathways in order to control or prevent substance use in the future.

Want to join the discussion?
Feel free to contribute!

Exercise: The Key to Brain Growth Working Your Way Back to Health
Scroll to top